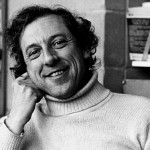 Cultural seismology–the attempt to record the shifts and displacements of sensibility that regularly occur in the history of art and literature and thought–habihually distinguishes three separate orders of magnitude. At one end of the scale are those tremors of fashion that seem to come and go in rhythm with the changing generations. To a second order of magnitude belong those larger displacements whose effects go deeper and last longer, forming those extended periods of style and sensibility which are usefully measured in centuries. This leaves a third category for those overwhelming dislocations, those cataclysmic upheavals of culture, those fundamental convulsions of the creative human spirit that seem to topple even the most solid and substantial of our beliefs and assumptions, leave great areas of the past in ruins or question an entire civilization or culture. 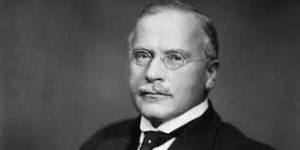 Every period has its bias, its particular prejudice, and its psychic malaise. An epoch is like an individual; it has its own limitations of conscious outlook and therefore requires a compensatory adjustment. This is effected by the collective unconscious when a poet or seer lends expressions to the unspoken desire of his times and shows the way, by word or deed, to its fulfillment, regardless whether this blind collective need results in good or evil, in the salvation of an epoch or its destruction.

Carl Jung, The Spirit in Man, Art and Literature

Nevertheless, every failure to cope with life situation must be laid, in the end, to a restriction of consciousness. Wars and temper tantrums are the makeshifts of ignorance; regrets are illuminations come too late. The whole sense of the ubiquitous myth of the hero’s passage is that it shall serve as a general pattern for men and women, wherever they may stand along the scale. Therefore it is formulated in the broadest terms. The individual has only to discover his own position with reference to this general human formula, and let it then assist him past his restricting walls. Who and where are his ogres? Those are the reflections of the unsolved enigmas of his own humanity. What are his ideals? Those are the symptoms of his grasp of life. Psychoanalysis can provide a theory of “progress”, but only by viewing history as a neurosis.

Literature is the expression of a feeling of deprivation, a recourse against a sense of something missing.  But the contrary is also true: language is what makes us human.  It is a recourse against the meaningless noise and silence of nature and history.